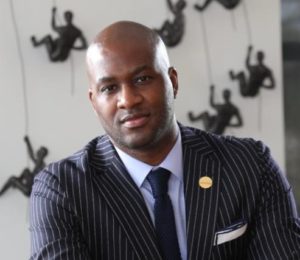 Chris Rich is the Founder and CEO of Hawque, an Atlanta-based security platform powered by technology, which connects customers to vetted and licensed security contractors and vendors.  He serves as Principle Intelligence’s Vice President of Strategy.

Chris has over 15 years of senior corporate experience across private and public Fortune 500 companies, as well as federal government agencies.  Mr. Rich is also a trained executive protection agent and received his training from one of the top executive protection schools in the country, Lasorsa & Associates.

Prior to starting his own venture, Chris played a pivotal role in launching the startup division of Mercer’s private exchange market, developing early operational and sales processes, onboarding clients as well as managing Mercer’s vendor partners.

Before joining Mercer, Chris had a 10-year tenure at Humana where he held a variety of senior positions in Medicare, Corporate Real Estate and Mergers & Acquisitions.  Most notably, Chris managed ex executive leadership relationships with Humana and led several large acquisition integrations (10,000+ employees, 50+ locations nationally).  For his professional accomplishments and consistent community and philanthropic involvement, Chris was recognized and awarded the 2010 Humana Achievement Award.

Chris spent the early years of his career with the Social Security Administration and Chamberlin Edmonds & Associates (now Emden).

Chris is passionate about community involvement and has been involved with several national and local nonprofits including Susan G. Komen, the Leukemia and Lymphoma Society, the American Cancer Association, and the American Heart Association.  Most notably, he has held board positions with the Make-A-Wish Foundation and the CURE Foundation.

Chris has shared his powerful insight on the security industry as well as on innovative, community-based solutions to address crime in outlets and venues across the nation.  He was recently featured in Forbes, FOX5, CBS 46, and Hypepotamus.  Mr. Rich most recently spoke on the panel for the Georgia Tech Smart City Conference around public safety and was also recently awarded and recognized as one of the Top 50 Technology Visionaries for socially focused technology startups.